Liza Morales is the baby mama to Lamar Odom children,while Khole Kardashian is the wife to Lamar Odom.Liza Morales just hit the TV screen on a Reality show called ”Starter Wives Confidential” The TV series are to show the true lives of their partners before their break ups.Also featuring in the TV program are:

The New York-based fashion designer’s move to reality TV may have come as a shock to Lamar and Khloe, who have been married for three years, as she famously spoke out against her children appearing on TV, saying that the basketball player was not there for his children.

“Lamar has always been welcome to see the children, but he hardly comes,” she told Star in 2010. “It’s been an issue for a couple of years. It’s disappointing.”

But while Liza reportedly claims that she won’t be bad-mouthing Khloe and Lamar, she has opened up about comparisons between her and the Keeping Up With The Kardashians star.

“I’m 100% Puerto Rican and I was here first, so she has a resemblance to me,” she said. “I don’t see it. We both have dark hair. We both have a cherub face. I don’t think we look-alike, but I have heard it. Imitation is a form of flattery!”

Khloe has often been seen catching up with her step-children, and was pictured at their graduation ceremony in New York last year along with her husband.

Lamar is not in support of Liza involving his children in the TV program so he wants to take it out for court to decide.From the TV program,we learnt that the relationship between Liza and Lamar started to fall apart after the death of their last son.She said that she wishes she and Lamar could talk things out about the death of their son.Liza reveled that since the break-up between her and Lamar,she haven’t had sex. 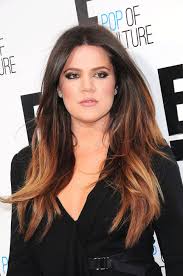 BEAUTY AND THE BEAST OF HAIR EXTENSIONS »
« AT LAST! TEEN MOM 2 IS OFF AIR