KIM KARDASHIAN PAID HALF A MILLION DOLLARS FOR JUST 45 SECONDS APPEARANCE IN NIGERIA!

On the 17th of Feb  Kim.K was paid (500,000)only to be present for 45 seconds,and take pictures with people.Those who went to the show only to see Kim were charged heavily.I really find this disappointing because the definition of being paid for a service to be done is HARD WORK,and with the little I read about the reason she was invited was so stupid!Not even a footballer makes such money to play for 90 minutes even with all the hard works, how much more to just stand and take pictures for just 45 seconds and you get a whooping sum of 500,000!

Guardian blogger Jeremy Weate described how Kim’s visit was an example of the country’s economic élite ‘blowing its money on bling puffery while most of the country suffers’.

He wrote: ‘Ms Kardashian appeared, said, “Hey Naija” and vamoosed. The rumour was that she’d been paid 500,000 Benjamins for the honour of mixing with the petro-class.’
Commentators in the country made reference to Kim’s infamous sex tape as they queried why a woman of dubious ‘moral rating’ should be in the country at all.
This Day newspaper’s Eddy Odivwri wrote: ‘Many families are not exactly comfortable with her lifestyle, as she hardly cuts the image of a role model to a generation in need of a moral dress up.’
But Odivwri did welcome her visit as a sign that the country was an attractive destination to celebrities.
‘Despite what is considered as Nigeria’s many drawbacks, the nation remains yet a destination point to several international personages… the latest to visit… is Kim Kardashian, the world’s most famous American reality show celebrity.’

Nigerians it is time to wake up and use your money in a useful way! 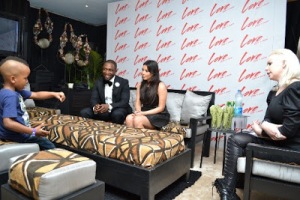 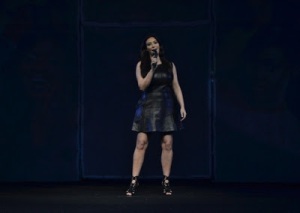 ONLY BRAIDS! »
« Banana Pudding without baking